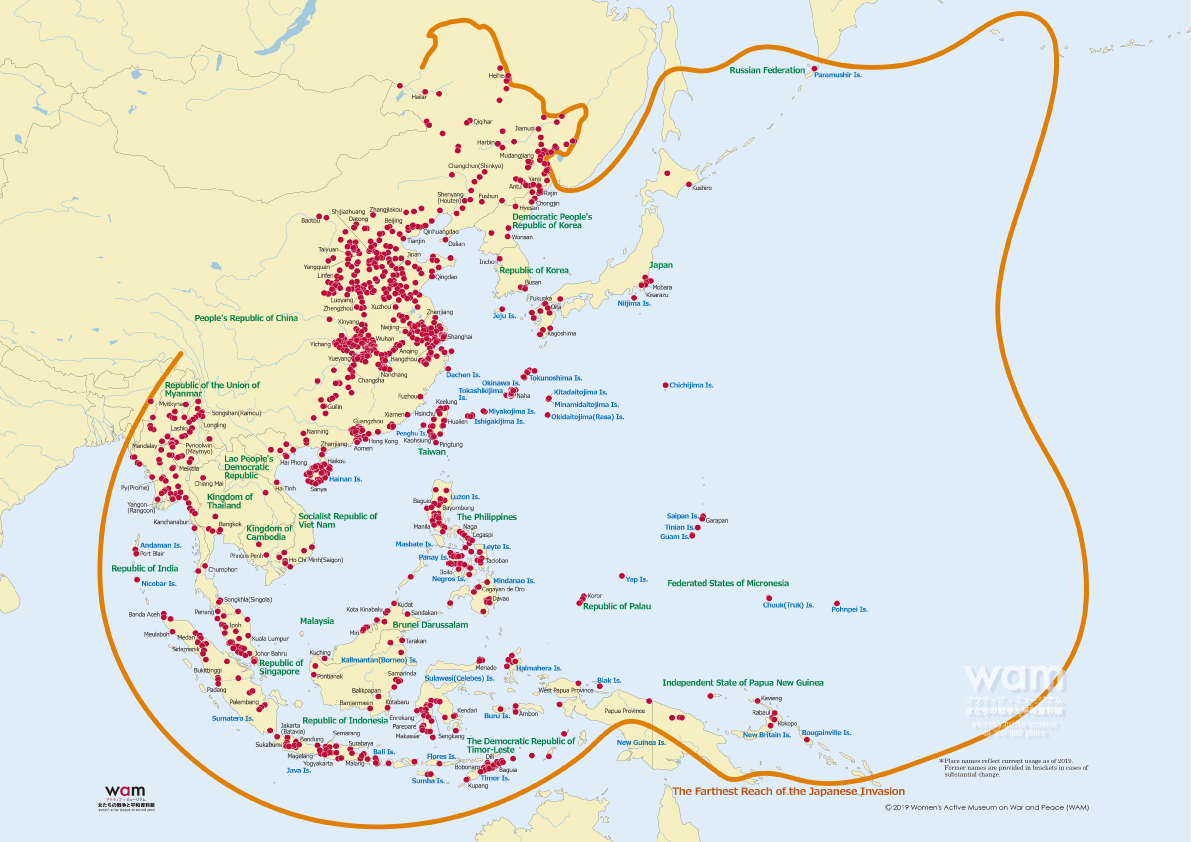 Even after the 1990s when the “Comfort Women” issue was publicized, several terms were used to denote the victims who had been forcibly conscripted by the Japanese military to serve as sex slaves for the Japanese military during the Japanese occupation. Each of these terms conveys different value judgments on the issue, and which terms are used holds a particularly significant meaning.

Nevertheless, some people raised the need to differentiate those who had been forcibly conscripted to work as laborers from those who had been exploited as sex slaves for the Japanese military. Afterwards, the term was settled on as a result of the 2nd Asian Solidarity Conference on the Issue of Military Sexual Slavery by Japan (1993), which is a solidary comprising of the affected countries that had experienced the damages of the Japanese Military “Comfort Women”. It was decided to use the term Japanese Military “Comfort Women”, which reflected that the Japanese military, the main perpetrator of the crime, was expressly stated and the term comfort women used by the Japanese military was written with quotation marks.

The term "Military Comfort Women”" was also in use in Japan during the 1990s. However, the term 'military' implies that people followed the military of their own volition, as with the cases of 'military correspondent' or 'military nurse'. In other words, one must exercise caution when employing the term, as the term conceals the historical responsibility of Japan which forcibly conscripted the Japanese Military “Comfort Women”.

As such, the reasons prompting the international community to adopt the term ‘Japanese military sexual slavery’ were that the state (the Japanese government) set up the comfort stations during wartime, forcibly conscripted women to collectively commit sexual violence against them, and the conditions of the female victims' lives resembled those of slaves. When considering the motivation of recruitment, the process of recruitment, and violence involving the Japanese Military “Comfort Women”, the title of Japanese military sexual slavery is seen as more appropriate than the title of “Comfort Women”, which means 'women who provide comfort via consolation'.

Starting from the Shanghai Incident in 1932 to their defeating in August 1945, Japan built comfort stations in various parts of Asia and the Pacific where the Japanese Army was stationed, including China, Taiwan, the Philippines, Indonesia, Malaysia, Japan, Joseon (Korea), Micronesia, the Solomon Islands, etc. The intention was to effectively carry out the war through preventing the instability of public order caused by sexual violence against local women, containing and managing sexually transmitted diseases among soldiers, and providing sexual 'comfort' to soldiers to boost their morale. In line with this, the Japanese government and the Japanese Army managed and regulated the overall operation of the comfort stations. For example, they systematically set up comfort stations through policies, transported the “Comfort Women” to the battlefield, prepared regulations for the use of the comfort stations, and conducted regular checkups on sexually transmitted diseases for the “Comfort Women”, and so on.

In the early days of the establishment of the comfort stations, women mainly from Japan and the colonies of Japan such as Korea and Taiwan were conscripted as “Comfort Women”. As the war prolonged and Japan's war front broadened ever more, women from other occupied territories of Japan such as China, the Philippines, Vietnam, Indonesia, etc. were also conscripted as “Comfort Women”. As the areas in which the “Comfort Women” were conscripted expanded, the Japanese Army spearheaded all relevant processes ranging from the establishment and management of the comfort stations, to the recruitment and transportation of the “Comfort Women”. The Japanese government agencies, including the Home Ministry, the Ministry of Foreign Affairs, etc., as well as the Government-General of Joseon, the Government-General of Taiwan, etc. also adopted a system to facilitate active cooperation.

Making Voices after half a century

The victims who gave testimonies about their experiences around the world, as well as the activists and researchers who endeavored to record the victims' testimonies, discover, and interpret relevant documents, and publicize the issue, have called for disclosure of the truth on the Japanese Military “Comfort Women” issue and a just solution to the problem traveling both home and abroad for the past three decades or soand repeatedly. They forged solidarity with the victims from Asian countries which shared similar levels of damage through the